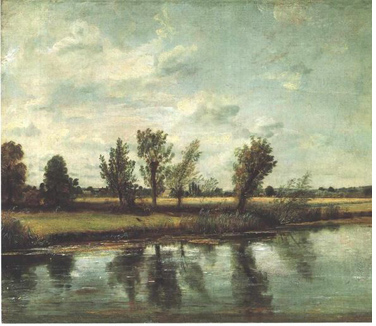 In this article, the author proposes a reflection on ecology, presents the foundations of a Christian ecology, with the encyclical Laudato Si (Praise be to you) and proposes to pray Mary who undo the knots to advance the current conception of ecology.

Nowadays, finding solutions to solve our environmental problems has become an obvious necessity. Unfortunately, instead of taking rational steps to cope with climate change and to ward off pollution, reigning ideologies that we are so imbued with artlessly put the blame most often only on man himself. It is a well-known fact that during previous geological eras, our planet already underwent many fluctuations, but today’s scientists consider that we are now enduring a most important crisis.

While observing nature’s changing cycles, it has become paramount to study the relationship between living organisms and their environment. However, from a uniquely human standpoint, we always consider that man should have more control over nature, which means a control “better” of course than his predecessors, better than Almighty God Himself. The result of this way of thinking has left a good part of our world in “knots”.

The Creation and the Creator
First, what is nature composed of, if not the entire biosphere that we contrive to explain so well without understanding its meaning? The creation of the world and of living matter is intelligible only if we refer to the hand of God: With your breath, life is created. You renew the face of the earth (Ps 104). The theory according to which molecules clump together by mere chance to form more complex entities is more difficult to believe than the existence of God – atoms and molecules do not emerge from a vacuum “by chance”. If we manage to admit our ignorance in this domain, we can begin to realize the gravity of human intervention in nature that we refuse to accept as it really exists. It is with such elementary logic that a deeper abyss has opened between the physical world and the spiritual.

Environmentalism, a religion without God
In order to account for this paradox for those who reject divine intervention in nature, environmentalism has become a system for “cleaning-up”, for new biological techniques in agriculture and processes for purifying the air we breathe and water we drink, all of which humanity needs and requires from the environment. Without God however, populations are mystified also by economic and political solutions which are on the whole a substitution for true religion.

Christian environmentalism
As the popes who preceded him did in their time, Pope Francis, in his encyclical Laudato Si (Praise be to You), reminds us of the environmental conscience of the Church. In an urgent manner, the pope underlines the anguish of our time in the perspective of the future and exhorts his readers to conversion. His encyclical inspired in its form by the Hymn to Creation composed by Saint Francis of Assisi, is based on the fact that if one refuses to recognize that “Christ embraces and enlightens everything, (…) the present system is unbearable for the world today” For Pope Francis, it all goes together. To be an environmentalist in our time, one must sincerely love one’s neighbour. Indeed, he identifies the crisis in environmentalism as a cultural, ethical and moral crisis as well. Pope Francis recommends then an integral approach against poverty with the ultimate objective of preserving nature.

Also in his Franciscan manner, the Holy Father declares that humanity needs beauty, which reflects, metaphorically, the harmony of moral law. His conclusions dwell on the problem of education in an ecological sense, a development of beauty and the search for simplicity.

To recognize and pray Mary, Undoer of knots for our souls gone astray in this world of today should be the content of our prayers to her. Let us pray Virgin Mary so that she make environmentalism progress toward its true Christian dimension.

Holy Virgin Mary, Undoer of knots, please pray for us!