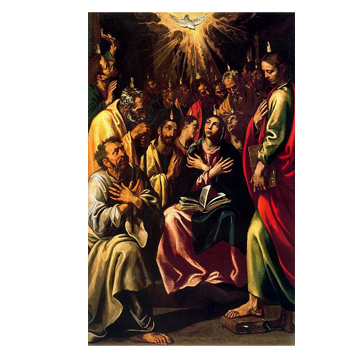 People often wonder what they can do to counter the negative effects of a post-Christian society in decline, a society that increasingly makes war on Christian values and institutions. To my mind, the answer always comes down to two things: being truly Catholic and totally Marian. This is the formula for transforming our world. Our Marian consecration undoes the immense power of evil around us.

On the afternoon of May 13th, 1981, the entire world waited with anticipation to see if Pope John Paul II would survive an assassination attempt in St. Peter’s Square by a crazed Turkish gunman. It was the feast of Our Lady of Fatima. Of course, we all know that the Holy Father survived the attempt on his life, but the way he himself understood it was important; later he said that although “the gunman fired the gun…Mary guided the bullet.” This was a reference to the fact that the bullet went through his abdomen and narrowly missed his heart. The Pope’s heart was in Mary’s hands!
The following year Pope John Paul made a pilgrimage to the Marian shrine at Fatima in Portugal to re-consecrate himself and his papacy to Our Lady’s Immaculate Heart.
Something in the Pope’s dramatic save symbolizes the triumph of Mary’s Immaculate Heart over what the Pope himself termed, “the culture of death.” Ultimately, Pope John Paul showed us that consecration to Mary and dedication to life are synonymous.

A miraculous connection
It is a little known fact that mere hours before Ali Agca’s assassination attempt that day, Pope John Paul had signed a document formalizing the Virgin Mary’s counter-attack on the culture of death. That morning he issued a motu proprio establishing both the Pontifical Council for the Family and the John Paul II Institutes for Marriage and the Family worldwide.
It is hard to imagine two works of the Church that have done more than these to strengthen the divine institutions of marriage and the family. The Council for the Family has been a bastion of defense of the family for more than twenty-five years and continues in the present day as the Dicastery for Laity, Family, and Life. Numerous Institutes for Marriage and the Family are now thriving in Washington DC, Australia, Nigeria, Spain, Brazil, Mexico, India, and South Korea! The thousands of students of these institutes learn how to propagate the Church’s teachings about marriage and human sexuality for the benefit of all societies and faiths, not just for Catholics.
Here is the amazing conclusion: as death was stalking him on the day of the attempt on his life, Pope John Paul unleashed a force of life for the Church and the world that has no equal. This same dynamic occurs in the lives of all who are dedicated to Mary’s Immaculate Heart – she undoes the knot of death and releases a promise of the ultimate victory of life.

The Mother of Life meets us in our culture
In this month dedicated to Our Lady, we return to the original question: How shall we counter the negative effects of a culture of death?
In its most basic sense, the lovers of life are those who give joyful witness to the truths about life, marriage, and family. First and foremost, we stand with our Church in a rejection of the cultural poisons of contraception, abortion, hedonistic sex education, and euthanasia, among other issues of concern. Our principled stance on these matters creates a sphere of safety for the affirmation of life in our families and society.
Then we teach. Can’t we imagine Our Lady imparting the deep truths of the Christian Faith to the disciples in the Upper Room as they awaited Pentecost? She gave them the wisdom she had absorbed through thirty years in Christ’s company. She had drunk deeply at the wellspring of salvation, and her post-Resurrection mission was to share those truths with the world.

We are heirs to the same truths, and we have the same mission as Our Lady – to hand on those teachings to others, especially to the young. Teaching truth is a specifically Marian task because, by doing so, we undo the powerful deceptions of the culture of death that are often deeply embedded in the hearts and minds of others.
Transforming our current culture of death into a culture of life is a long-term task, and it presents many challenges, but the surest way to do it is to be a faithful Marian Catholic. The culture of death will eventually be undone through Our Lady – one liberated heart at a time.