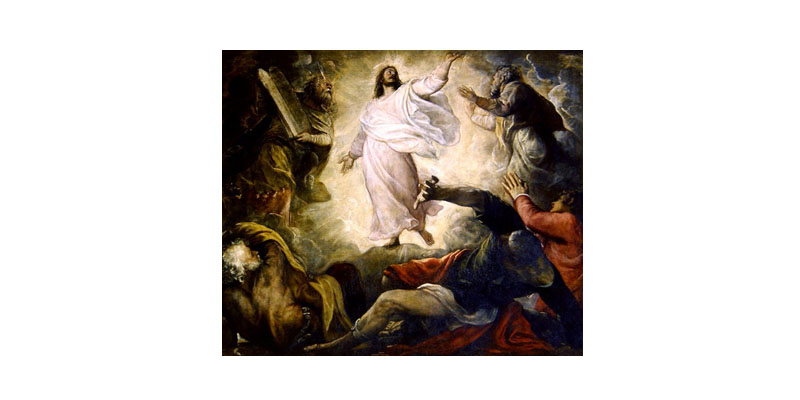 Once, an unmarried woman, a child of Mexican immigrants with no family living, became pregnant and ran away to a big city with all of her savings. She loved the baby’s father, but he had no money and she didn’t want to trap him.
The doctor she saw in the city informed her that she had come into his office at exactly the right cosmic moment: Roe vs Wade had just been passed into law; he could abort her child. The woman thought she was seeing lucidly: there was no other way. She made the appointment for the termination and left the office. On her way back across the city, she stopped into a church—it was an odd thing to do: though she had been raised Catholic, she had long since stopped believing. She sat down before a cross, and something happened in the minutes that followed. They are minutes that possibly no one will ever be able to fully describe.
Scripture is full of the indescribable—which is why, at times, it seems almost incapable of fully reporting what occurred (think of Mary Magdalene’s initial incomprehension in the face of the Risen Christ: human language cannot tell us absolutely what she saw).
I once heard a sermon on the feast of the Transfiguration where the priest asserted that Christ’s lit appearance on Mount Tabor was metaphor. The collection of stupendousness and oddity at the scene was simply supposed to hint at the intensity of Jesus’ prayer-life and who he was. I would argue the contrary—it is no metaphor. We only have to consider the appearance of the saints—Teresa of Avila’s ecstasy, Bernadette’s deathly pallor during the apparitions at Lourdes—to see that what we witness through the Gospels is a divinely inspired attempt to show things as they really were in His incarnate presence. We only have to notice the face of someone in our own parish rapt in prayer, or to feel the sometimes uncontainable light in our own faces after the reception of Communion, to know how much more would Christ’s prayer with the Father have been, and how spectacular it would it have appeared.
We live in an incarnate world, full of his signs; full of splashes, merest sparks of that light that engulfed Christ at the top of the mountain. The young woman who had met with the abortion doctor sat before a cross and received one of those sparks, those flashes. Often, what we hope for in prayer is illumination: to see with the eyes of Christ; to know, in some infinitesimally small sense, with the mind of God; to be illuminated with that light of the Transfiguration, that is probably too much to convey with the fragility of human language but was absolutely visible, and more than we can know through mere words. The young woman saw, with immense clarity, that she could not have an abortion. The knots in her mind that had tightly and darkly structured her thinking and decisions dissolved before Him. I imagine she could not even have rationally said why, or how she would manage this new scenario: being the single and penniless mother of a child who would live. (But she did not remain single, and that child did live and four more would follow; and each of those five would have many children of their own.)
Our Lady, so close to God, is washed in that light of the Transfiguration. She thinks clearly; she sees, in some particular sense, with the eyes of God. Her work as Untier of Knots is to help us be touched by that light and work with us as those knots dissolve.
Sally Read, June 2018
Source: https://commons.wikimedia.org/wiki/File:Titian_Transfiguration_c1560_SanSalvador.jpg