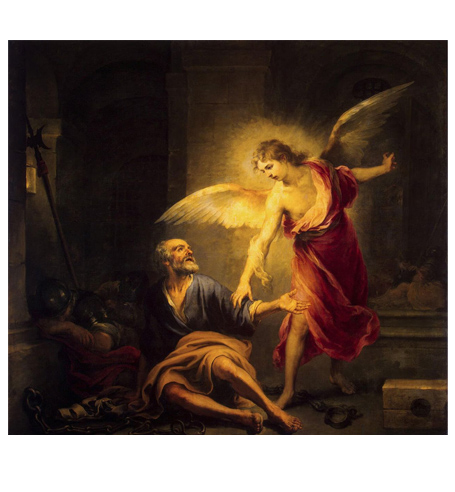 In our fallen world, we frequently react like a pendulum to what we perceive as wrong in previous modes of behavior and attitudes. We do not realize, however, that we thereby make opposite errors no less bad and beset with consequences just as perilous as the previous ones. Only wisdom and peace of heart, which help us make decisions in truth without becoming a plaything of recent events, can counter this. But these are divine gifts for which we need to beg. To take on a position of prideful self-righteousness, from which we look down upon previous generations with contempt, makes that impossible.

That the past decades have seen a terrible evil in the sexual abuse of the young by clerics is true. This was further aggravated by their superiors who closed their eyes to it in a false worry to protect the Church from scandal and a twisted concern for their priests; for authentic love seeks truth and healing, not a protection that constitutes an enabling to continue on their path of abuse with all the deep wounds that entails for others as well as on their own souls. The uncovering of this abuse was long in coming and urgently needed. For wounds to heal, the abuse must be acknowledged, the perpetrators punished, forgiveness must be asked (whether it is accepted or not), the situation must be remedied and future occurrences prevented as far as possible.

However, as with all things human, during this process the danger is real that those who either have some monetary or political interests, those who are driven by mental illness or those whose hurt drives them on, persecute the innocent. This seems the case with Cardinal Pell in Australia recently or with Fr. Gordon McRae on whom I will focus in this article, who was condemned to prison for 67 years in the mid-90ies on some trumped-up charges. For 25 years, Fr. Gordon has already been in prison for crimes, it appears, he never committed, but his presence there has brought about the conversion of some of the other prisoners. Ironically enough, one of them, Pornchai Moontri on whom I wrote an article in June and whose Calvary had started with sexual abuse at the hands of his stepfather, was saved by a priest falsely accused of this crime.

Fr. Gordon had taken care of troubled inner-city kids from broken homes and thus was an easy target for drug-addicts who wanted to get some easy money by accusing him falsely. His case has been taken up by people like Dorothy Rabinowitz, a Pulitzer-prize-winning journalist from the Wall Street Journal or William Donahue, President of the Catholic League for Religious & Civil Rights, and the National Center for Reason and Justice. Father Gordon had everything to gain from admitting to the abuse he is accused of – for he could have struck a deal multiple times that would have gotten him out of prison within one to three years – and everything to lose from sticking to the truth. But he will not cave in and in the mean time has started with a blog that is run by a friend outside of prison. I can only encourage you to read it, for it is inspiring.

The inconsistencies and improbabilities of the accusations are so glaring, it is hard to believe that Fr. Gordon could have been condemned – but then again, “There is no segment of the American population with less civil liberties protection than the average American Catholic priest” as William Donohue, President of the above-mentioned Catholic League for Religious & Civil Rights, asserted (NBC’s “TODAY,” 10/13/05.). The abuse is supposed to have happened in one of the busiest places of Keene, New Hampshire, in the light of day. The accuser, Thomas Grover, 16 years at the time and a drug-addict, came once a week over 5 weeks to see Fr. Gordon and claims to have been abused each time, while having supposedly repressed his memory from one time to the next and having an “out of body experience”.

But this same man had been accusing so many people of sexually abusing him “that he appeared to be going for some sort of sexual abuse victim world record” according to Grover’s former counselor, Ms. Debbie Collett, who said that Grover had never mentioned Fr. McRae during their sessions though pressure had been put on her by the Keene police to alter her testimony. This small 22,000 inhabitant town had been assigned a detective, James F. McLaughlin, to uncover sex abuse cases. He claims to have found 1,000 victims of sexual abuse which seems a very high percentage. It looks like he was out to find “victims”, whether real or not. This, as well as the dioceses’ reaction nationwide to distance themselves from accused priests before proven guilty for the sake of avoiding law-suits, explains why Fr. Gordon was left on his own without enough money to pay for his lawyers after a certain point.

Human justice is frail and even in the best-run judiciary, there will always be those who are in prison for crimes they did not commit. But sometimes justice is so by name only, for it has become a witch-hunt, where a scape-goat, who fits the profile, is sought to carry the blame, whether he truly is guilty or not.
Let us pray to Our Lady, Untier of Knots, to unravel the intricate knots that are keeping Fr. Gordon in prison and all those who have been unjustly condemned to prison. Let us also pray to her that we may be given the gift of wisdom to resist the tide of current opinion in order to seek the truth wherever it is and whether it pleases us or not.
Marie Meaney