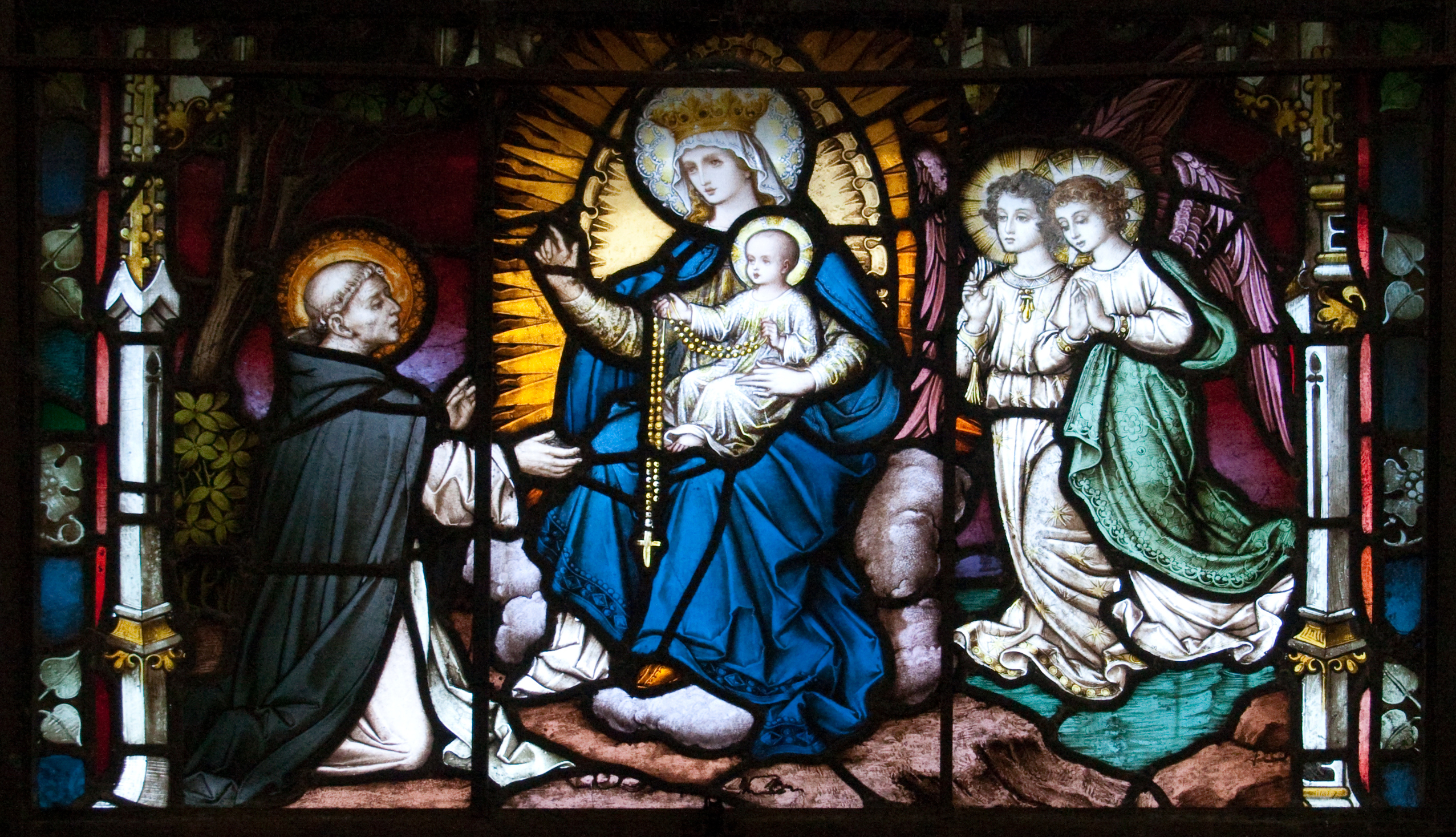 St. Dominic’s feast on August 8th is a yearly reminder of the importance of the Holy Rosary to the spiritual lives of many Catholics. It is perhaps the Church’s greatest devotion and force of prayer after the Sacraments themselves. The Rosary is Mary’s way of drawing us into the mysteries of Christ and His redemptive acts.

The Rosary’s origin
The existence of the Holy Rosary is both miraculous and natural. In the natural sense, the Rosary developed through a long, organic process in the life of the Church.
The tradition of praying all 150 psalms was common among monks since the time of St. Benedict in the 6th century. However, the uneducated lay brothers could not recite the psalms, so they participated in the prayer by repeating 150 Our Fathers and keeping track of them on a string of beads.
In the early Middle Ages, the 150 Our Fathers were then divided into three sets of fifty by the Irish missionaries who used the prayer beads for evangelization. By the early 1200s, it was customary in the Latin Church to pray Hail Marys on the same beads. Praying on beads, therefore, became a way for the laity to participate in the prayer of the monks as they recited the 150 psalms.

A miraculous gift
Now comes the miraculous part. Blessed Alan de la Roche (1428-1475) was given a series of visions in which it was revealed that St. Dominic received the Rosary directly from the hands of the Blessed Virgin Mary. His visions are private revelations, which nonetheless have great authority. The Dominican Order has traditionally been the strongest proponent of this devotion.
It is more likely, however, that another religious order had a greater role in establishing the Rosary in the form we know it today. In the early 1400s, Dominic of Prussia, a Carthusian monk, began linking the 150 prayers with little phrases that reflected the lives of Jesus and Mary. This practice began the tradition of meditating on these precious truths which were called mysteries.
This monk was also the one who used the term “rosarium” (little rose garden) to describe the practice.

The whole faith expressed
The traditional Rosary includes three sets of mysteries, the Joyful, the Sorrowful and the Glorious. There are five mysteries in each set (fifteen mysteries total), which give us a full view of the Life, Death and Resurrection of Christ, the essence of everything we believe.
While the Joyful Mysteries address the early life of Jesus and the Sorrowful/Glorious Mysteries deal with the end of His life, there were no mysteries that addressed Christ’s public ministry, which encompassed His saving work on earth for our salvation.
In 2002 Pope John Paul II issued the Encyclical Letter, Rosarium Virginis, in which he seemed to “add” another set of mysteries to the Rosary, the Luminous Mysteries (also called the Mysteries of Light). In this, however, the Holy Father simply filled in a chronological gap in the flow of the mysteries. The five Luminous Mysteries deal with our Lord’s public ministry and are found in familiar passages of the Gospels.
Overall, there are four sets of twenty separate mysteries which we contemplate with Our Lady whenever we recite the Rosary.

An unstoppable spiritual power
The saintly Sister Lucia dos Santos, who spoke directly to Our Lady at Fatima, once said that “there is no problem, I tell you, no matter how difficult it is, that we cannot resolve by the prayer of the Holy Rosary.” This blessed devotion is a spiritual powerhouse and an instrument of grace in the hands of Our Lady, Undoer of Knots.
We should never underestimate the power of the Rosary to address the problems of the world. We may remember that it was the Rosary that tipped the scales in favor of the Christian navy at the Battle of Lepanto in 1571. The eight Jesuit priests who survived the atomic bomb blast of Hiroshima attributed their survival to Our Lady’s Rosary. There is even one credible story in recent American history that a serial killer was prevented from harming a young woman who was praying the Rosary on the night of his rampage.

In short, there is nothing that the Rosary cannot obtain from those who have faith in Our Lady’s intercession and in her power to undo the power of sin in our world.
Our Lady, Mary, Undoer of knots, pray for us who have recourse to thee!