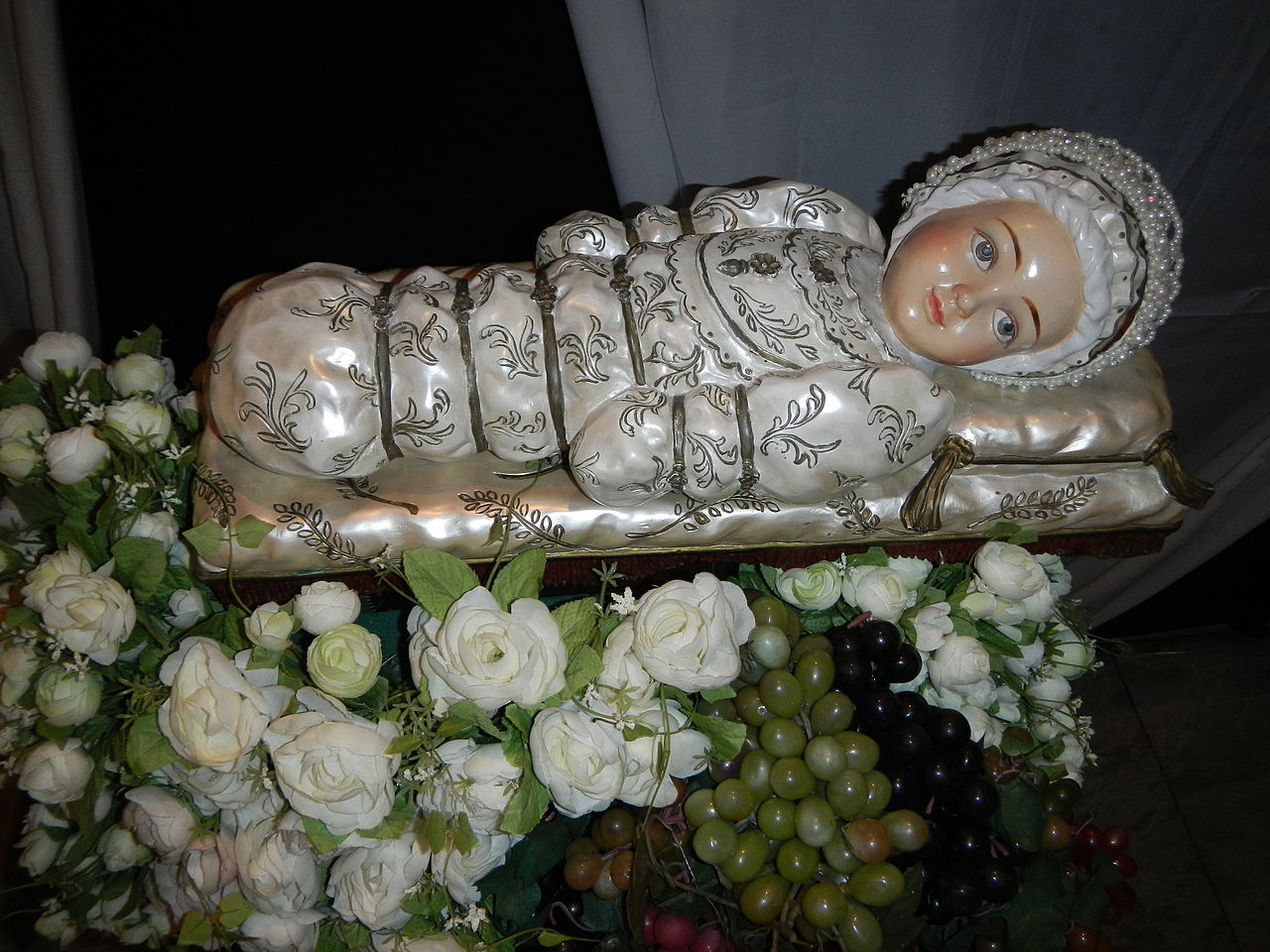 In September we celebrate Our Lady’s birthday. Don’t all good children remember their mother on her birthday? This special celebration in the Church’s calendar points out a fundamental element of Christianity: our hope for eternal salvation. The Blessed Virgin gave birth to the Savior, but Mary’s birth itself was the flowering of divine hope for the world.

Fundamental truths
We know nothing of the actual birth of Mary from any historical documents or even from scripture. Our understanding of the Nativity of Mary comes mostly from an early Christian writing called the Gospel of James, which also gives us the names of Mary’s parents (Joachim and Anne).
The actual birth of Our Lady is shrouded in mystery. Yet, the Church’s faith-filled imagination provides a pious vignette, an intuition of her birth which holds within itself numerous theological truths:
1. That she was conceived in the womb of her mother, St. Anne, without the stain of Original Sin;
2. That her parents dedicated her to God from an early age (one tradition says that she was given to be raised in the Jewish Temple from age three);
3. And that her birth occurred on September 8th.
The precise dating of her birth developed in the Tradition during the course of many centuries together with the teaching about Mary’s Immaculate Conception. It is no coincidence that Our Lady’s birthday falls nine months after the Church’s feast day of the Immaculate Conception. The Church is biologically correct, if nothing else!

The hope of our hope
Christ our divine Savior is the eternal hope of every human being ever created. Mary does not stand in the exalted place that Christ alone occupies. Nor would she want to obscure His divine authority.
At the same time, the Church recognizes the human origin of our Savior and the fact that His coming was prepared from time immemorial. He was the only human being ever born whose existence was specifically prophesied centuries before the birth took place. Even His birth from a virgin was prophesied (Isaiah 7:14), which means Mary was the channel through which all that saving grace flowed into humanity.
Thus, we can say that while Jesus’ birth gave hope to the world, Mary’s birth is the hope of our hope. When she was born, the angels rejoiced that salvation was at hand. The heavens and the earth groaned with inexpressible longing in anticipation of the coming Savior. Mary’s birth was the human pre-condition for the birth of the Savior.
The great medieval theologian, St. Anselm, celebrated the dynamic role of Mary in salvation history with astounding eloquence:
God, then, is the Father of the created world and Mary the mother of the re-created world. God is the Father by whom all things were given life, and Mary the mother through whom all things were given new life. For God begot the Son, through whom all things were made, and Mary gave birth to him as the Savior of the world. Without God’s Son, nothing could exist; without Mary’s Son, nothing could be redeemed. (Oratio 52; PL 956)
As Our Lady herself predicted, “all generations” of the redeemed call her blessed (Luke1:48).

Mother of constant hope
In a very literal sense, when Mary was born, God began to fulfill His promise to the human race of a complete victory over the power of evil in this world. This is why Mary is so dear to us. She is at the center of that victory of life over death.
When we call her by her title of ‘Undoer of knots’, we are recognizing that she has been given a singular grace for the sanctification of the human race. The flesh weighs us down, Mary lifts us up. The world corrupts, Mary refreshes. Satan binds, Mary frees.
This is because she is the hope of our hope. “When we say Mary,” notes St. Louis Marie de Montfort, “Mary says Jesus.” This is her role. She is always pointing us to Jesus and bestowing upon us the graces that Jesus won through His sacred Death and Resurrection.
No other woman in all of history has such access to the riches of heaven. She opens the gates of heaven wide for all her children whenever we run to her.

Holy Mary, Undoer of knots, on this your birthday, send us the graces we need to adore God in His holiness and overcome the power of the world, the flesh, and the devil. Pray for us, who have recourse to thee!